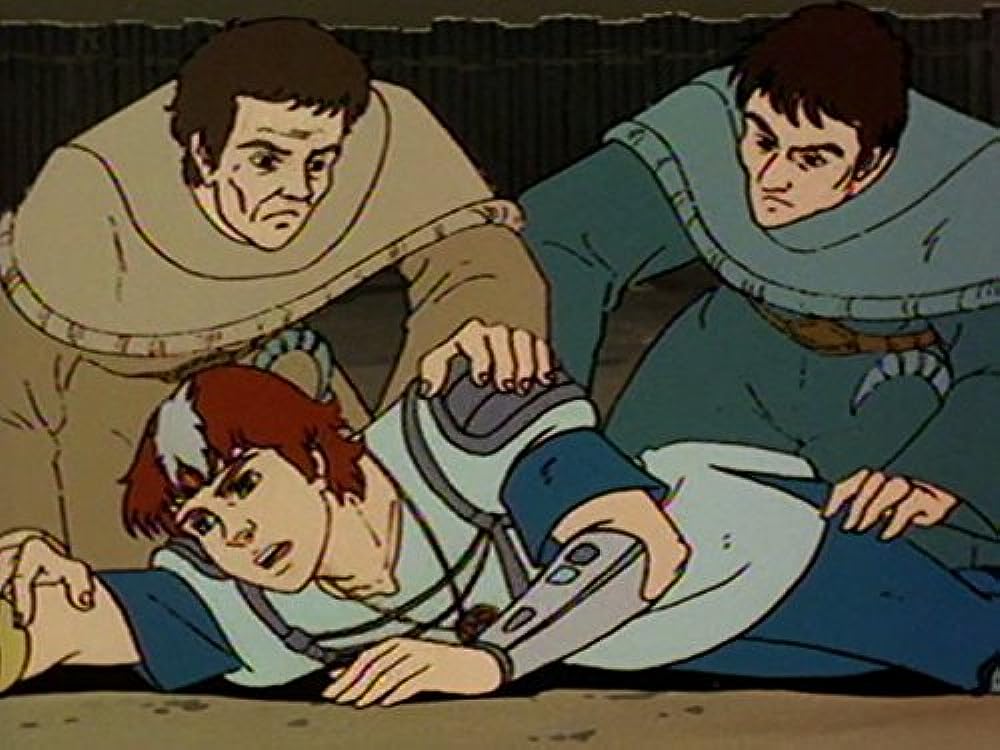 The Source: Directed by Kazumi Fukushima, Bruno Bianchi, Bernard Deyriès, William R. Kowalchuk Jr.. With Darrin Baker, Len Carlson, Dan Hennessey, Charles Jolliffe. Saw Boss and Monster Minds are blocking sunlight to a planet making it too cold for that planet’s defensive humruns (large bugs) to be capable of fighting and eating the Monster Mind vines. Jayce and Oon are imprisoned by the native people, until Jayce escapes and proves to them that he is on their side. While Jayce and the natives fight Monster Minds, Herc fires an energy bomb into the Monster Minds network of vines releasing the sunlight, creating a second sun, and enabling the humruns to defend the planet.

Watch “Jayce and the Wheeled Warriors” The Source (TV Episode 1985)