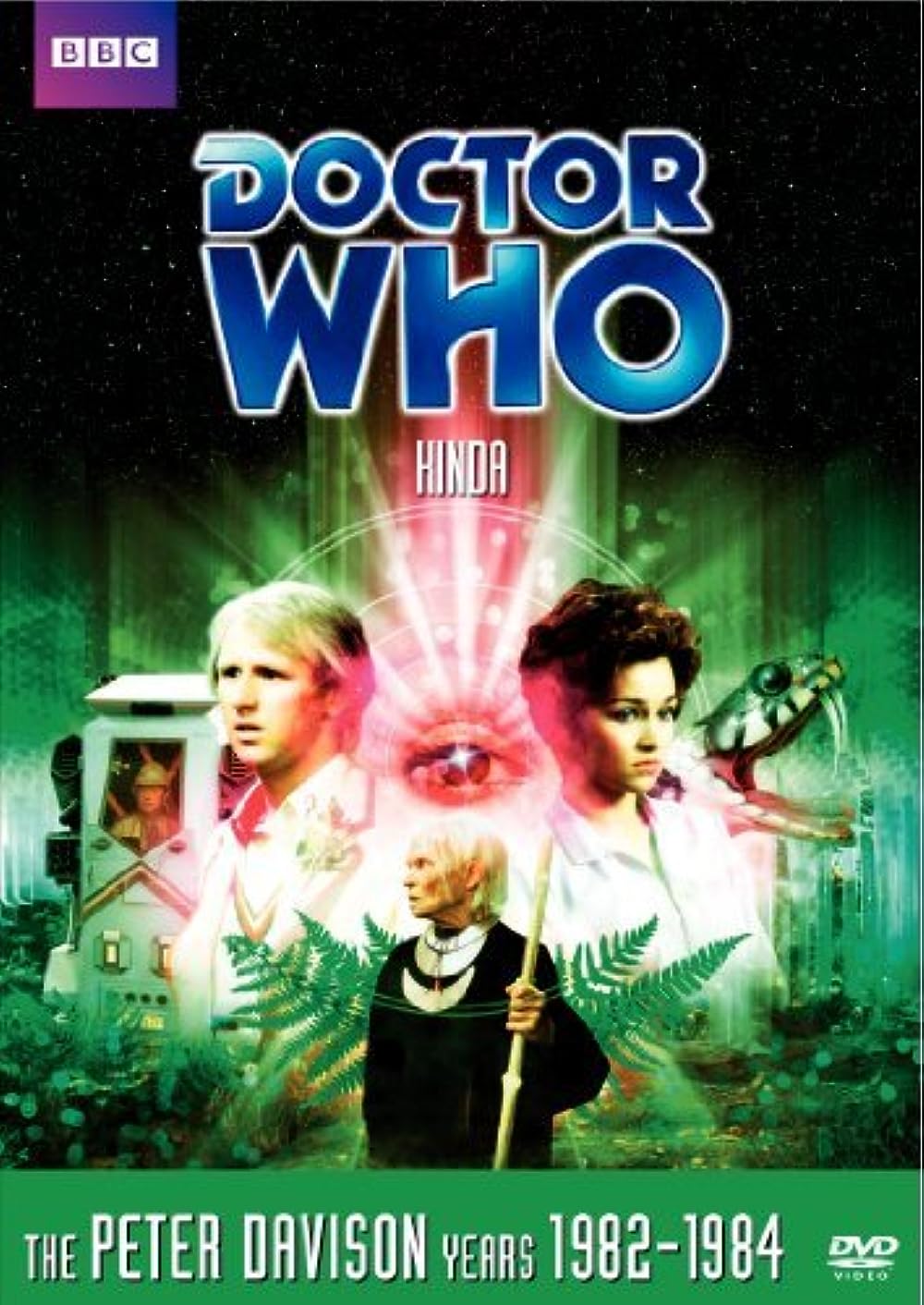 Kinda: Part One: Directed by Peter Grimwade. With Peter Davison, Richard Todd, Nerys Hughes, Simon Rouse. On Deva Loka, a sylvan paradise planet with no predators, diseases or civilized roadways, Nyssa (due to Monarch’s two attempts to turn her into an android) stays in the TARDIS to fully recover from mild mental disorientation, under the Doctor’s Delta Wave Augmenter while the others go exploring. The Doctor and Adric find a survey team assessing the planet for colonization, and cracking under the stress of three fellow members (half the crew) disappearing without a trace. There’s also a primitive and almost entirely speechless native culture on hand who curiously have about them a few items of technically advanced skill and knowledge. Meanwhile Tegan succumbs to a dreaming tree where an evil entity awaits a catalyst for entering the real world.